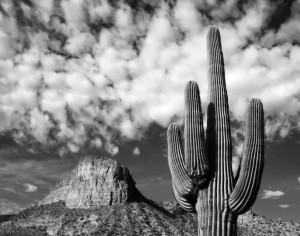 Forty fifth state admitted into the Union, the great state of Utah was made a part of this United States in January of 1896. Its capital city Salt Lake City and the surrounding Wasatch Front is home to over 2 million people, over 80% of the state’s population, thereby leaving huge tracts of undeveloped land, perfect for the outdoorsman. Located in the American west, Utah is bordered by Arizona to the south, Colorado to the East, Wyoming to the Northeast, Idaho to the North, Nevada on the West and touches a corner of the state of New Mexico. Take some time to explore the state of Utah with Tradewinds Travel Club. Learn what this great state has to offer you and what makes it one of the most popular states for vacationers each year.

Home to 5 national parks, over 40 state parks, 7 national monuments, 2 recreational areas and endless opportunities to enjoy the outdoors, Utah activities range from hiking an biking to climbing, fishing, skiing, golf, birdwatching and so much more. Whether traveling to Utah in Spring, Summer, Fall or Winter, there is always something going on.

A Bit About Utah From Tradewinds Travel Club

Historically, these lands were inhabited by Native American tribes, subgroups of the Ute-Aztec tribes. In addition, the Anasazi were also found throughout the area, their homes scattered throughout the mountain cliffs are today, one of the many historical features which draws visitors each year. By the early 20th century, people were already beginning to understand the uniqueness of this area of the U.S. and the establishment of national parks such as Bryce Canyon and Zion began.

Later, in the 30’s, the ski areas began to appear in the area, and today, Utah is known as one of the worlds premier ski destinations, known for its vast number of ski areas as well as its well known dry powdery snow famous around the world.

Visiting America’s popular destinations for travel including great states such as Utah is a wonderful way to explore the world and get to know more about the history that makes these areas so special. Learn more about destinations around the globe and explore more with Tradewinds Travel Club, your friend in travel.