Times Are Changing For Tourism 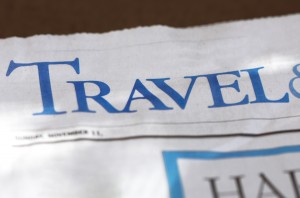 Since the 1960’s, travel to Burma or Myanmar has been heavily restricted or at least, not condoned to the outside world. A country that should be thriving and in all realty, one of the world’s popular international destinations, has not seen a real tourism industry since then. Globally, tourism to countries including Myanmar are changing. Countries that controlled their peoples every move, are becoming more lax and accepting that tourism should in fact be promoted not restricted.

Myanmar is one destination that in the coming years may begin to see tourism on the rise. Famous for its beauty, Myanmar is considered one of the planet’s most amazing locations. Socially and politically though, the area has a lot of work to do.

For many tourists, the welcoming of tourists and the areas beauty are simply not enough to make traveling to the area ethically worth it. There are arguments both for an against it by people throughout the world, as such, Myanmar is one destination that an informed traveler should learn more about before choosing to visit.

How Is Travel Changing?

In essence, travel in the world is changing by becoming acceptable to places unavailable in the past. Visitors can now travel in and out of Germany, Russia, China and many other countries that just 40 years ago would have been unheard of. Recent news even reports that Cuba, historically not welcoming of U.S. tourists may be becoming more accepting of U.S. presence in the tourist sect.

As educated travelers, it is our job learn more about these once inaccessible destinations. Tourism is changing. Once restricted to only the rich and simply for relaxation, it is now more readily accessible to the general public and has developed into one of the most lucrative forms of monetary gain in the world. Expanding to encompass a number of different forms, tourism is no longer simply tourism but a variety of offshoots of what it once was. Volunteerism, historical and cultural tourism, ecotourism, even dark tourism as well as the more traditional forms are all making the travel industry flourish.

As the economy continues to grow and times change, travelers can continue to see changes in travel. Tradewinds Travel Club encourages you to read more about how travel has changed and explore the thousands of options in travel throughout the world.

Travel only with a knowledge of your destination, never go in blind. Always stay informed on areas that may have a questionable status. Travel.State.Gov can help keep you informed on destinations that may have safety issues for U.S. Travel. Be smart and use your best judgment before you travel.