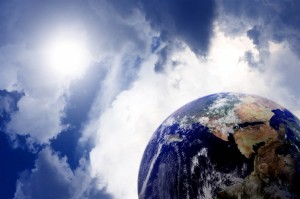 Nepal is located in South Asia. It is located in the Himalayas and bordered to the north by China, and to the south, east, and west by of India.  The Indian states of Uttarakhand, Uttar Pradesh, Bihar, West Bengal, and Sikkim border Nepal. Hinduism is practiced by about 81% of Nepalese. Across the Himalayas lies the Tibetan Region. Kathmandu is the nation’s largest metropolitan area and the capital.

Nepal has an opulent geography. The mountainous northern region has eight of the world’s ten tallest mountains. This includes the highest point on Earth, Mount Everest in Nepali. It contains more than 240 peaks over 20,000 feet. The southern part of the country is heavily urbanized. The dramatic differences in elevation offer a wide variety of biodiversity. There are tropical savannas along the Indian border, and it is subtropical and forested in the Hill Region, the Himalaya’s are temperate and forested forests in the slopes, and rock and ice at the highest elevations.

A typical Nepalese meal is Dal bhat.  This is a spicy lentil soup that is served over rice with curried vegetables. Curries and chutneys are a huge factor in their cooking. The cuisine served during festivals is generally the best way to indulge in tasting all the varied options of flavors. Folklore is an essential part of Nepalese culture. Traditional stories are imbedded in the actuality of daily life, tales of love, affection and battles as well as demons and ghosts and are reflected in local lifestyles, cultures and beliefs. Many Nepalese folktales are enacted through dance and music.

If you are planning to visit the weather must be highly taken into consideration.  There are heavy monsoonal rains from June to September.  It typically rains for an hour or two every two to three days.  If you visit at this time bring an umbrella and expect lower rates at hotels and far less tourists. From October to December is the optimum time to visit. This is when the weather is the most temperate throughout all the regions.  Also, this is right after monsoon season so there is little dust in the air and the best time to see the mountainous regions.  April to June is also a good time, this is when there is an abundance of flowers blooming through the verdant parts of the Himalayas, but be warned this is when temperatures start to soar and can reach over 100 degrees.  This is the best time to undertake a mountain expedition.

Do you enjoy travel? If you do, make Tradewinds Vacations your source for travel and vacations in the U.S. or abroad.